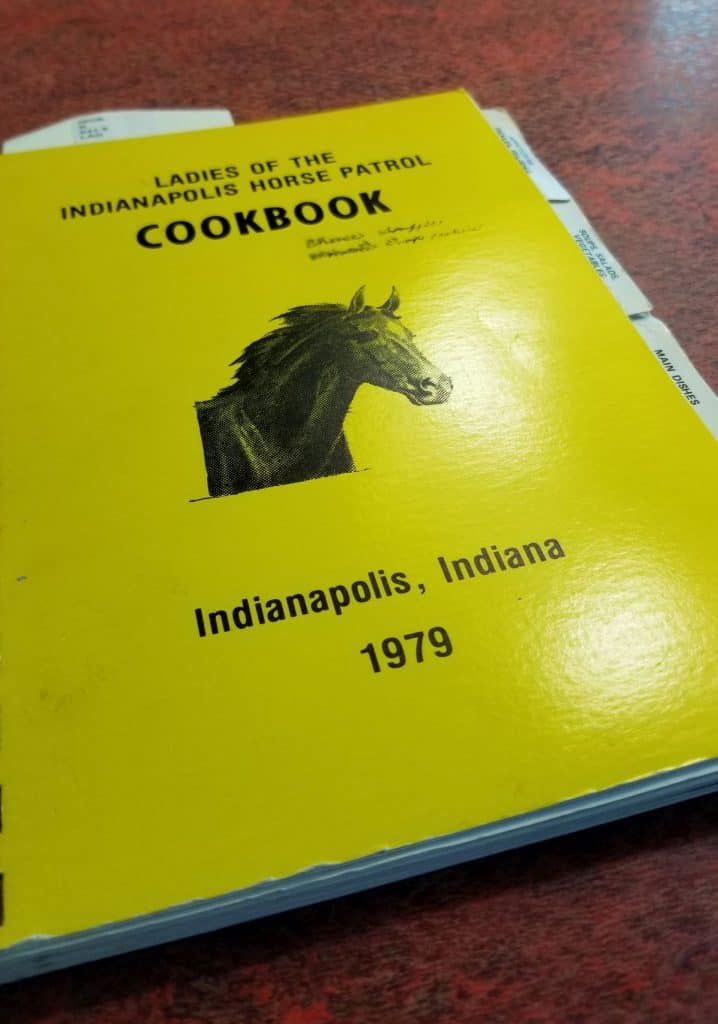 In the 1970’s the Indianapolis Police Department had plenty of patrol cars. Mounted Units seemed a relic of a bygone era. Then, like today, the Unit raised funds to help support itself.

One of the early fundraisers was in 1979. “The Ladies of the Indianapolis Mounted Patrol” released a cookbook containing over a hundred recipes. The cookbook sits in the Central Library’s Indianapolis Room collection.

In it are delightful recipes like this one for Candy Reese Cups:

And three variations on meatloaf, including Edna Askren’s “Best Ever Meat Loaf”: 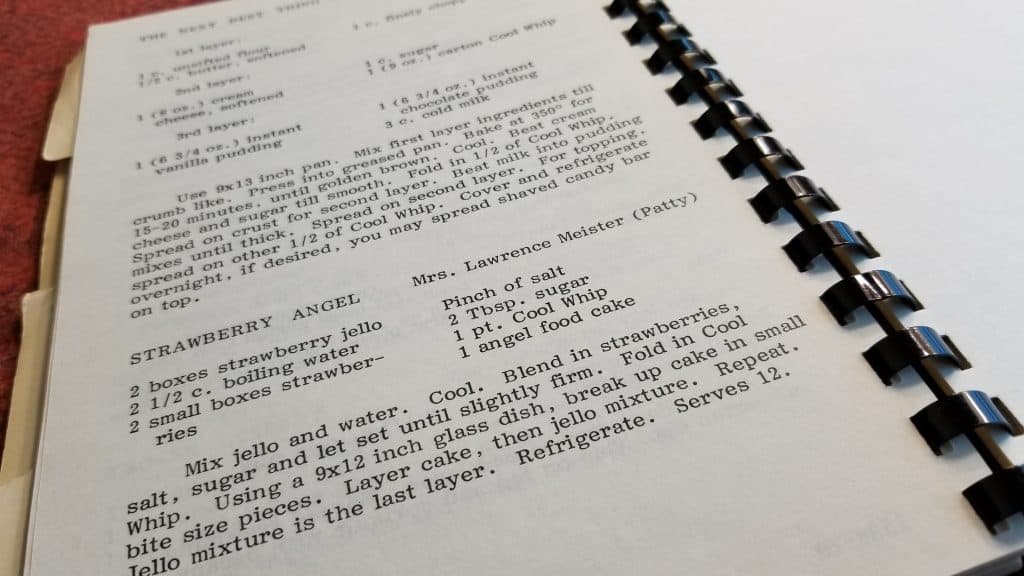 The Board Officers at the time were Thomas Capp, President. Wayne Ambrous, Vice-President, James Sloan, Secretary, and Robert Ferrell, Treasurer. Nine other members of the Board served with them.

Unfortunately, sales of the cookbook weren’t enough. The unit disbanded in 1980. Relatively little Downtown foot traffic coupled with shrinking budgets forced the City and Police Department to devote more to patrol cars. In 1983, however, the unit was formally returned after Downtown business leaders raised funds to support the Unit. They saw the missing difference in safety and visibility from their storefront windows. Today, the Unit patrols Downtown daily, along with the city’s trails, parks, convention, and visitor districts.

If you’d like to help The Ladies of the Mounted Patrol and recognize their efforts, make a donation in their honor below.

Riding with the Mounted Patrol, by WISH TV
RTV6: IMPD Mounted Patrol still in search of a permanent home after 35 years of service