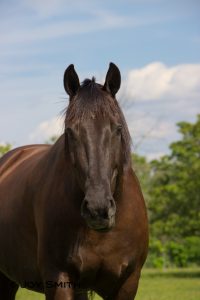 Buzz is a Percheron Thoroughbred cross, bred, and broke at Angola State Prison in Louisiana. He was added to the unit in 2006 as a 5 year old. Buzz has participated in several local parades and can often be seen working Downtown and along the Monon Trail. 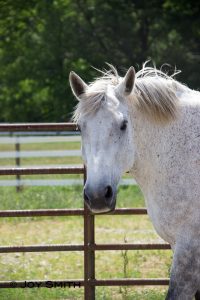 Cody is a 13 year old Percheron Thoroughbred cross. He was purchased by the IPD Mounted Unit in 2004 from Police Mounts of Camelot and has served as a trustworthy and dependable member of the unit. Cody is considered a Dapple Grey but becomes almost white during the summer months. He has a very playful personality and enjoys the Downtown patrols where he is able to engage the citizens and visitors of Indianapolis. While Cody stands just over 17 hands (a unit of measure equal to 4 inches) tall and weighs nearly 1,600 pounds, he is incredibly gentle with children and persons wanting to pet and/or have their picture taken with him. 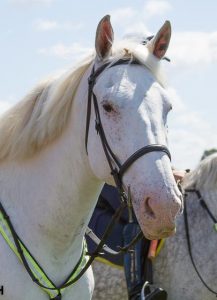 Jake is a Percheron/Thoroughbred/Appaloosa cross that stands 17.1 hands tall. He was born at Angola Prison in Louisiana on March 1, 2002. Jake came to the horse patrol in 2004 and we have been partners ever since. Jake always does what is asked of him and has proven himself to be a very reliable police horse. 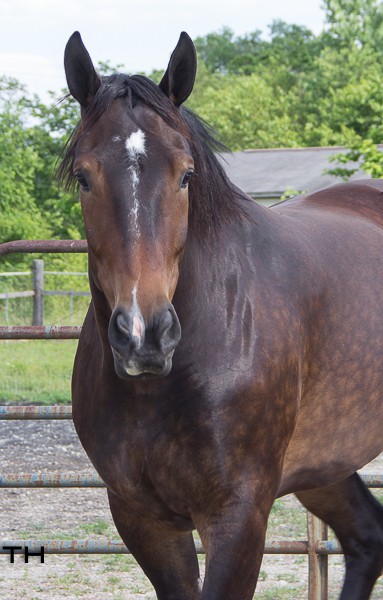 Born in 2005, Maddie was purchased for the Mounted Patrol in2008 from the Louisiana State Prison in
Angola. She is a beautiful bay Percheron Dutch Warmblood Cross and is 17 hands tall. Maddie has been through a lot of training, but none more difficult than the training she endured during her 13 weeks in Washington D.C. with the US Park Police. She attended the school with Sgt. Whitesell, where she went on trail rides, patrolled downtown DC, and hours upon hours of work. 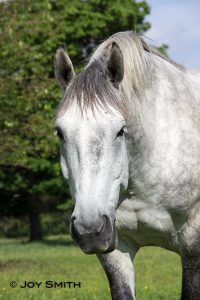 Stretch is an eight year old Percheron Thoroughbred draft cross that stands 17 hands tall. He is a dapple grey with a kind personality and nice brown eyes. Stretch has been with the Unit for over 5 years, with a few years spent apart due to me being deployed. We have attended several schools together and many parades to include the 500 Memorial Day parade and St Patrick’s Day Parades.